But Kensington Garden Rooms has a price of more than $30,000 per product, Simon and Damion were excluding a big chunk of the market and leaving money on the table. Their relationship was threatening the future of their business. Marcus believes that his help will make the business better and more stable. 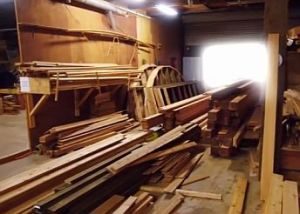 Marcus was disappointed to witness the co-owners bickering who work more. He checked the finances with them and their third business partner, Kab Benefield. Marcus was concerned with their idea to expand quickly. Damion broke down. Marcus posted a challenge for Damion, Simon, Kab, and Jack Owen, the carpenter. He wanted them to have a professional business plan and improve their business process after three (3) weeks.

Marcus sees some good in the future of Kensington Garden Rooms and he recognizes the efforts of Simon, Damion and Jack. During the meeting, he uttered his disappointment that Kab has 1/3 equity when he is not as involved in the day-to-day operation. He offered two (2) deals.

Later, Marcus learned that Kab was unhappy with the deal. He offered him $250,000 to leave the company. But Marcus has withdrawn his offer when Kab demanded more money for his son. They returned to the original deal.

To make things better and find bigger opportunities, Marcus brought Damion to True Value Chicago to promote Kensington Garden Rooms. They are both hopeful that they will get a deal. True Value was interested and would love to make a deal if the company can produce a high-value gazebo with a lower price. Marcus asked Damion to work with Simon to make a high-quality gazebo within the budget range of 5,000 to 5,500. 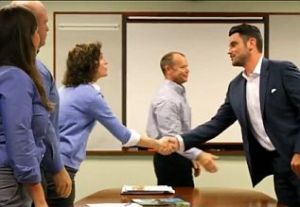 After two (2) weeks, Marcus returned to Kensington Garden Rooms to check on the progress of the lower priced gazebo. He challenged Simon and Damion to make the gazebo better. The business partners figured it out and their relationship is stronger. 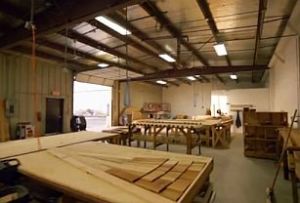 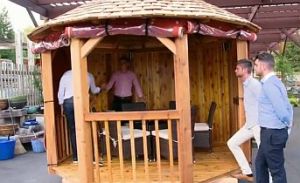 Kab is still an investor of the company and Marcus has no plans of buying him out. Marcus does not think that the Kensington Garden Rooms will expand all over the place soon. Simon, Damion and Jack are all appreciative with his help and direction.