In this episode of The Profit, Marcus Lemonis visits Standard Burger. Standard Burger is renowned for its customizable burger experience, tasty potatoes and delicious ice cream/shake. Marcus has visited this company in the past and helped in rebuilding it. In a few months, after he joined the business, a lot of improvements happened. 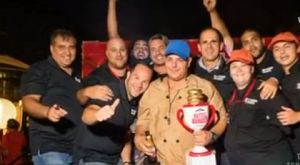 At the time of Marcus’ surprise visit, he was so happy to see how the business maintained to be neat and working well. He even congratulated the team, Sammy, Joseph, Joe, Todd, and Fuji. He was so proud that Standard Burger won the TimeOut Magazine’s Battle of the Burgers. It will help the business establish itself as the “national Burger” brand. This will help get potential franchisee. 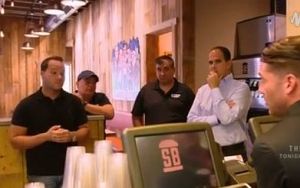 But the business tycoon was dismayed and confused seeing other items written in boards near the cashier. None of those was part of the business plan and no discussion was made. They have potential franchisee to come and it’s a big opportunity they should not miss. 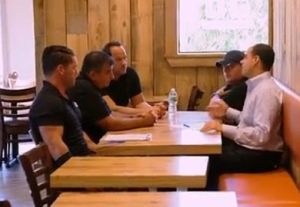 When Marcus inquired, Joe tried to explain but Sammy said he made some decisions without asking the other partners. An argument ignited between Sammy and Joe. Joe makes decisions to lower cost by introducing new products and Sammy rarely visits the store.

New Problems/Issues In The Business Found By Marcus

Marcus visited the new locations and Marcus was not happy. He discouraged it and proposed to focus on the getting franchisee rather. Standard burger focused on perfecting their business and making more franchise. 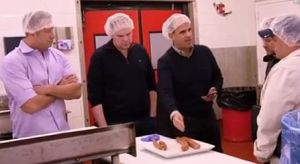 Marcus called Pat LaFrieda to negotiate with the price of the meat. They get a deal and even a big deal when they found another two potential products they can add to their menu to offer variation and the kids. This will offer kids option and the potential franchisers more variations.

Marcus confronted Joe and told him he is no longer the General Manager. Sammy filled the position momentarily until they can hire someone suitable for the position. Marcus was unhappy that Joe is mistreating someone in the company because of a broken relationship. He does not encourage the idea of letting personal issues get into the business.

In the end, everything was settled and eases the relationship between the business partners. They were able to get a deal with the first franchisee. Marcus is confident that Standard Burger is on the track of more success in the future. 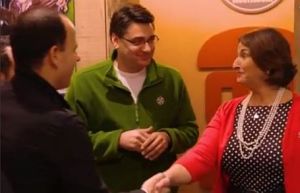 Get the Profit DVDs on Amazon
Disclaimer
This is purely a fan site for the wonderful TV show The Profit. The admin is not a staff of the network CNBC or directly connected to the show. We are all here to share our opinions, because we enjoy the show. Sometimes, you just want to go online and voice your opinion on what happened on your favorite show. This site is made for this. NO, we are not Marcus Lemonis, but we love him too :)
Like Us On Facebook
Recent Posts
Recent Comments
Categories
Pages
Copyright The Profit Fans 2014-2017
The Profit Fan Site...