The Owner(s): Lynn and Norton Hughes

In this episode of the profit, Marcus Lemonis goes down south to meet Shuler’s BBQ.

A Latta South Carolina based all-you-can-eat barbecue buffet run by married couple Lynn and Norton Hughes. The name Shuler is, however, is of their adopted son and this is the legacy Norton and Lynn want to leave. 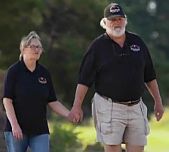 Shuler’s BBQ serves Authentic South Carolina ribs, pulled pork and chicken. It has become a kind of the Mecca down south for all kinds of barbecue lovers. It attracts a lot of clientele who drive from very far in some cases just to sample its southern home-made cooking.

Marcus is also very impressed with Shuler’s BBQ’s signature “little biscuit” and he immediately sees an opportunity to take this nationwide.

The business is profitable and generating a very comfortable life or its owners so Marcus just doesn’t understand why he was called.

Enter Lynn’s creepy brother-in-law Ewell. This is where the story gets interesting. Ewell is supposed to be the marketing

genius that wants to have a part of the business. He sees the massive opportunity to cash in on the hard work already done by Lynn and Norton.

Looks like Ewell made a couple of Facebook promotions and believes he is now marketing guru that deserves part of the business.

Marcus just doesn’t see the need for extra marketing when there is already a line of clients waiting to eat. He wants to build out the infrastructure to be able to accommodate all of the clients whose needs Shuler’s is currently struggling to meet.

Ewell laughs about not being able to cook and yet wants a part of a restaurant business. This stuff is not even funny. It simply the case of someone smelling free money like a rat smells cheese. If you think the planet popcorn episode had creepy characters, this episode blows it out of the water with Ewell.

Marcus tried to give a chance to Ewell by having him help out in the business as a manager/partner. Ewell, however, didn’t want to do this.

He wants to make a salary of over USD200,000 between him and his wife, but not do the work. This just can’t happen, not on Marcus’s watch.

Norton knows this and is sceptical Ewell’s real intentions are good. He’s just going along with this because Ewell is the husband to his wife’s sister and so he can just kick him out and hurt his wife Lynn.

So Marcus sits down with Lynn, Norton and Ewell to discuss a deal.

Marcus wants to build up the location to become a real attraction for all those looking for the highest quality barbecue in the area. He offers to put in USD500,000 for 40% of the business.

The money will go towards:

Marcus, however, wants to be reassured that the property on which the restaurant sits is part of the deal. Marcus also wants the distribution rights for the Shuler’s BBQ little biscuits which he plans to expand across the nation.

As always Marcus needs a hundred per cent control of the business while he makes his changes. He believes that with his help, Lynn and Norton will finally be able to leave a really successful business to their son Shuler.

The family agrees to Marcus’s deal and the partnership begins.

Marcus brings in his partner baker Kenny to help formulate a version of Shuler’s BBQ biscuits for the mass market. Though Lynn is not too happy about how the basic recipe will change, she goes along with the process.

Marcus goes on to make a deal with a butcher to get Shuler’s BBQ’s meat at a cheaper cost and this will go a long way to helping carve out more profits from the gross revenue.

Plans are made to build the store for the Shuler’s BBQ’s products and expand the deck which quickly materializes and looks beautiful. The new deck space at the back of the restaurant will guarantee expansion for the business.

Let’s not forget this is the South and this is America, so Marcus builds a giant 130-foot American flag that can be seen for miles. This will become part of the attraction of the Shuler’s BBQ brand. 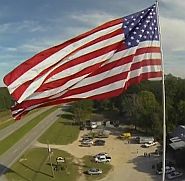 The biggest victory for Shuler’s BBQ, however, was when Ewell abandoned his plans to come to be a part of the business. Hiring a family member is already a very delicate situation.

Shuler’s BBQ dodged a bullet and got rid of a family member that wasn’t even motivated to help the business in its day-to-day activities.

Finally, Marcus rewards the couple and Shuler with a trip to New York where he invites them to the grand reopening of Marcus’ Crumbs Bake Shop. He has a little surprise for Lynn and she is ecstatic when she sees her biscuits along with her watermelon cupcakes on the shelves of the store.

The biscuits will be in all 26 Crumbs Bake Shop stores as well as in major grocery stores. This will not just be another revenue stream, it will also be a huge marketing strategy to bring back people to the Shuler’s BBQ restaurant in South Carolina.

Shuler’s BBQ’s future looks very bright and the dreams of Norton and Lynn to leave a thriving business for their son Shuler is taking shape.

So there you go. Another exciting episode of the profit comes to an end with a successful investment in a good family business.

We wish Shuler’s BBQ all the best.

Marcus Lemonis Vs My Big Fat Greek Gyro The Company: My Big…